The Station of Man in the Universe 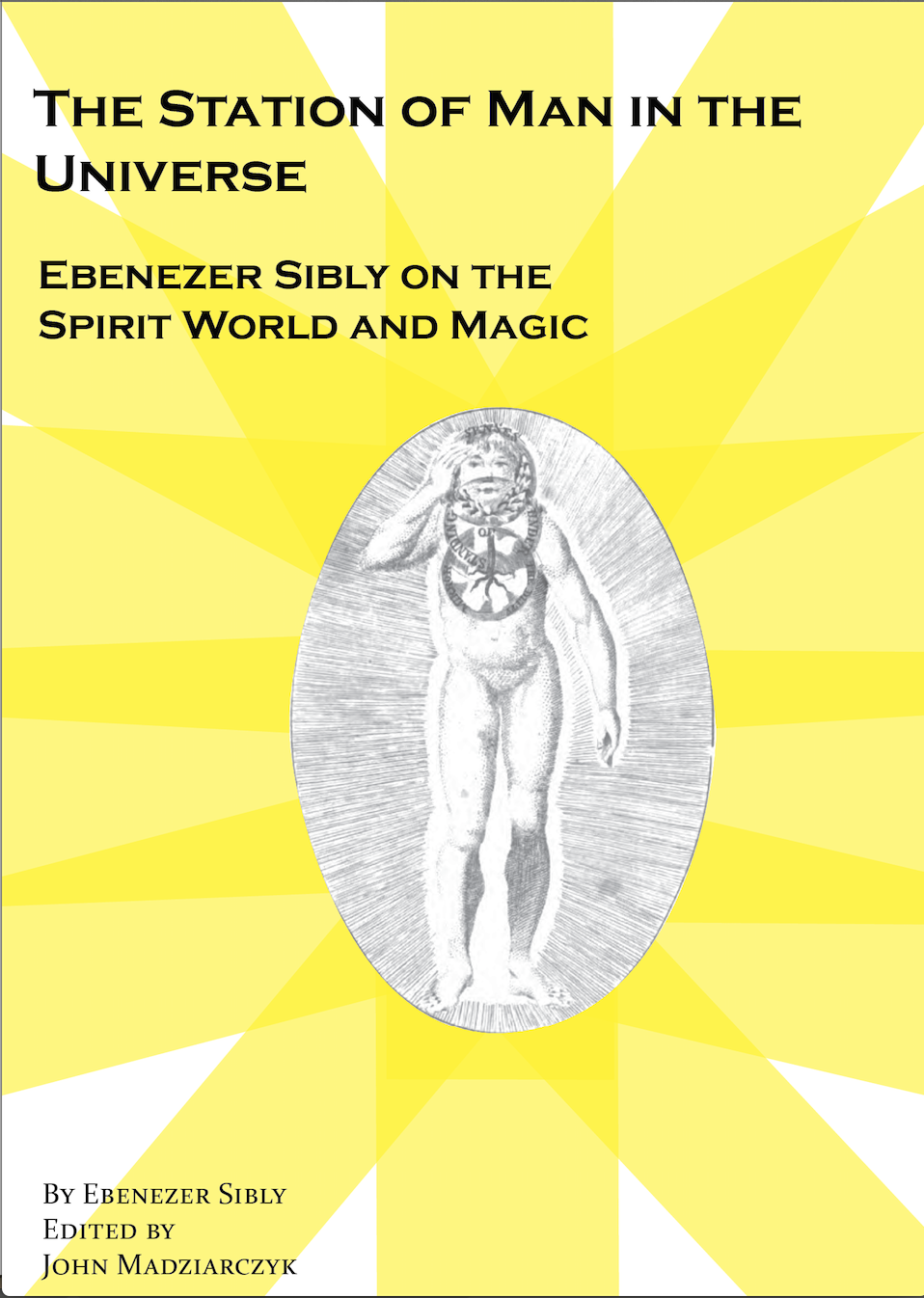 Between 1784 and 1788, Ebenezer Sibly issued "A New Complete Illustration of the Celestial Science of Astrology" in four parts. While parts 1-3 dealt almost purely with astrology, the fourth part consisted of a brief overview of the rest of the occult world as Sibly saw it, going into such topics as life after death, ghosts, angels,demons, heaven and hell, as well as magic in general.

"The Station of Man in the Universe" reproduces the entire fourth part of "A New and Complete Illustration", as well as including two essays from the first part that deal with Sibly's view of the esoteric universe as a whole, touching on both astrology and the hermetic conception of the elements, as well as the angelic world.

It is prefaced by an introduction by the editor that situates Sibly in his place and time, giving a glimpse into the esoteric world of the late 18th and early 19th century in Great Britain.

Ebenezer Sibly was a magician, astrologer, and physician who wanted to be taken seriously by the scientific establishment. Known for casting the horoscope of the United States, he was perhaps the last great representative of the British magical worldview of the 17th century best exemplified by astrologer William Lilly, herbalist Nicholas Culpepper, and the translator Robert Turner, among others. To the list can be added Thomas Vaughan and Elias Ashmole. Living at the end of the 18th century Sibly fought valiantly to reconcile astrology, natural magic, and herbalism with both science and mainstream medicine, and to justify it to an increasingly skeptical public. To help in the fight he enlisted Swedenborg and Mesmer. It was a losing battle. Sibly's point of view would peter out after his death, until the occultism of the 17th century ceased to be a living tradition.